The College of Education and Therapy was founded as the first non-public higher education institution in Poznań to educate physiotherapists. The aim of the founders of College, Prof. Kazimiera Milanowska, MD, PhD, and Violetta Musa, MSc, was to create a medical college. 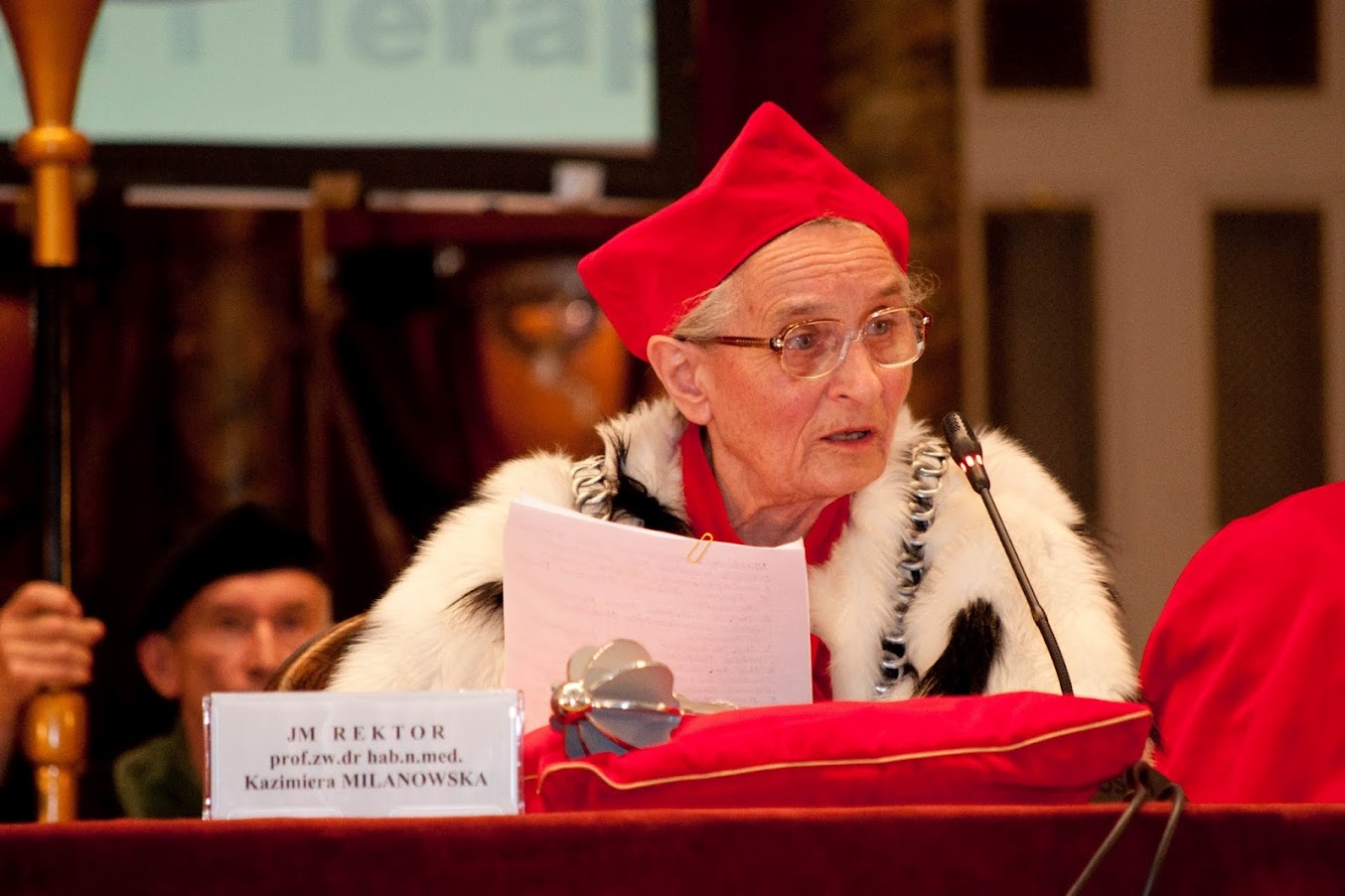 Prof. Kazimiera Milanowska had an enormous contribution to the creation and development of the Kazimiera Milanowska College of Education and Therapy from its beginnings, i.e. from 10 February 2005, until 30 August 2015, i.e. during the period when she was Rector of our College. As a Rector, she was primarily concerned with the quality of education at the faculties she ran, but at the same time she had significant role in the development of medical rehabilitation in Poland. These merits are undoubtedly very important for a higher education institution providing education in, among others, medical sciences.

All this, in the opinion of the founder and the Senate of the Kazimiera Milanowska College of Education and Therapy, deserves to be honoured. Throughout the years, Prof. Milanowska combined her duties arising from her employment as a Rector with her scientific and teaching work. Between 1998 and 2004, Prof. Milanowska was associated with the Wielkopolska School of Medicine in Poznań. During this time, she developed curricula for Occupational Therapy and Undergraduate (BSc) Physiotherapy programmes. Then, from 2005 to 2015, while already working as a Rector of the College of Education and Therapy, she developed the curriculum for the Graduate (MSc) Physiotherapy studies. She took an active part in the selection of institutions cooperating with the College and in the selection of scientific and teaching staff. She substantially contributed to getting the Coolege approved by the Minister of Science and Higher Education to launch the Graduate (MSc) Physiotherapy programme. She always said that proper teaching staff is a foundation of success, caring not only about teaching but also civilizing young people, and well-equipped teaching rooms. She valued contact with patients and the opportunity to help the sick, emphasising that knowledge and skills could be shaped to a high level through the education of young people, and so she passionately combined these two aspects of her professional activities.

The decision to name the College of Education and Therapy after Prof. Kazimiera Milanowska emphasises the close relationship between the College and the traditions of medical rehabilitation in Poland. Adoption of a patron creates an opportunity to create a new image of the College by promoting the person of Prof. Milanowska, her achievements and attitude toward life. The memory of her and her contribution will remain vivid, and may the next generations of students at the College of Education and Therapy find in her a role model to follow. 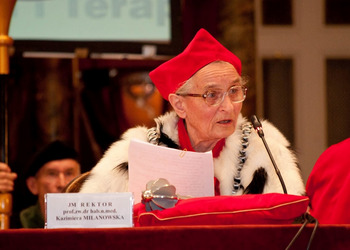 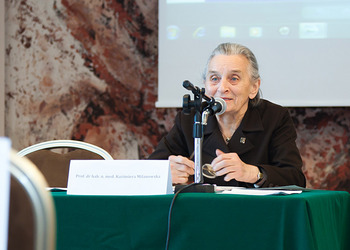 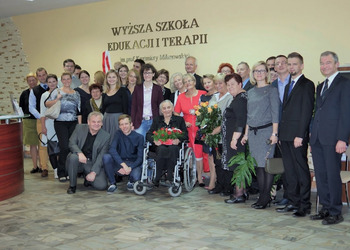